Work shoes are very important as a protective measure

It is inevitable that you will encounter dangerous scenes in life. If you do not take some protective measures, it is very likely to cause harm to the human body. As one of the protective measures, work shoes are also very important to us, not to mention their role in the arduous steel forging workshop.

Accidents will never give you enough time to protect yourself, and what you can do can only be prevented in advance, so the foot protection of the workers in the forging workshop is particularly important.

The equipment used in the forging process is very heavy, and the impact force generated during the forging is also very large. The equipment is prone to damage when subjected to overload force, such as the hammer handle suddenly breaks and falls. Once this happens, workers are often unable to react, because things happen too suddenly, and they will be injured if they don’t have time to evade.

In the steel forging production process, the distribution of workers is relatively dense, and accidents may cause collisions and burns. Workers in the workshop need to come into contact with heating furnaces and hot steel forgings. These objects are in a relatively high temperature state and emit a large amount of radiant heat continuously, and workers often have to endure such radiation damage. 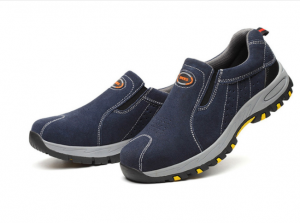 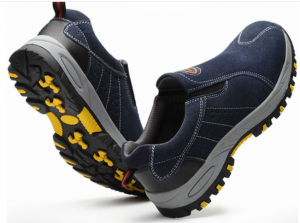